During this trip we got to see alot of history and quite a few of its scars. Before we got to Berlin we did get to go to Auschwitz concentration camp. A real eye opener for those who quite don't know or understood the gravity of WWII. I saw that it had a great impact to those who where younger. I personal have read and have studies quite a bit of it so for me the hardest and most unpleasant part of the trip. I how ever do recommend going to really get a sense of how hard and horrible a world war can be. (I didn't take any picture I couldn't  do it).

But History is History and ignoring it or avoiding it is wrong.

Now on to a much better note.

Who hasn’t heard of Berlin before, especially with the great history of the Wall of Berlin after WWII.

But before we got into Berlin we had the opportunity to see the Soviet War Memorial. The scale of the memorial is astounding.( As well as really cold) 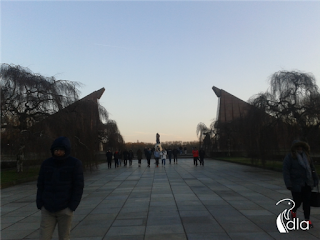 Once in Berlin we got to have a bus-tour, where we got to see the most important buildings and monuments in the city, such as the Reichstag Building which was originally Parliament’s building which went through a lot of damage in 1933 and was abandoned until its reconstruction in 1999 after the reunification of Berlin and became again the building of parliament. 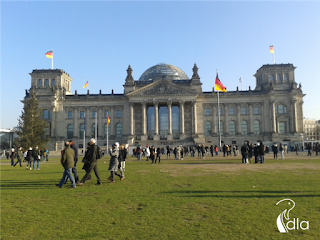 And of course one of the most visited parts of the city is Charlie’s checkpoint, which is where the American pass was between East and West Berlin. Currently you can see a part of the wall as well as some remembrances about it. You can still see several parts of the wall around the city which I believe are kept as remembrance of the cold war. 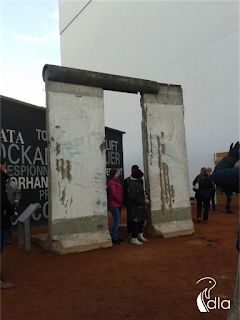 And of course one of the most see points is the Brandenburg Gate which is said to be part of the inspiration of the arc d’ triumph in Paris. Because we where there right before new year you can see the structure behind the gate, I can imagine that this would be a great new year's reunion point because of its location. 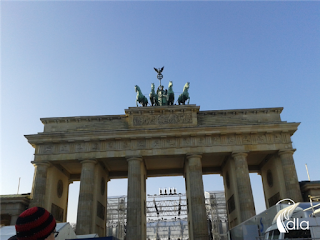 Berlin is quite an interesting story, and for a city who was divided until 1989 its reconstruction has been admirable. The city is quite big as well, so I bough a day subway ticket, which I used to travel from one point of the city to another.  the Subway is easy to understand and at the time I used it it wasn't too crowded.