There were two places in which you would have been able to ski during the trip. Switzerland and Austria.

Our second stop on our winter trip was in the Swiss alps, in Ladenbrunen. It is said to be the inspiration on the elvish city of Riverdale, in Lord of the ring by Tolkien. It’s a little sleepy town situated between the Alps.  With waterfalls and small streams flowing though the city.  Although there isn’t’ much to do if you are not the skiing type, or don’t want to ski, I still recommend you go up the mountains. They have the most spectacular view of the mountains that will leave you breathless.  It showcases nature’s beauty in the Alps. 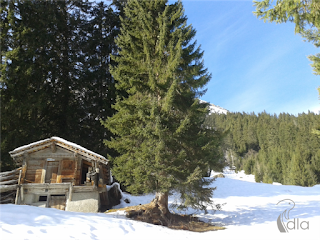 And even the infrastructure of the little town is looks perfectly situated. And where all that you think of in Christmas can be seen, the snow, the lookalike gingerbread houses, the trees, frozen ponds, etc. And here of course it’s also the perfect place to buy Swiss Army knife, since they are completely made and manufactured in Switzerland. And if you are a chocolate lover you can clearly see why the Toblerone represents the Alps. 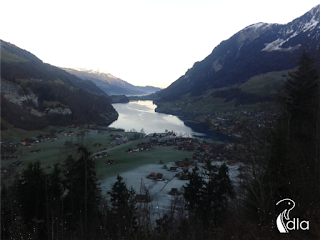 After Italy it was off to Austria, not only was the birth place to Mozart and many composers but also where one of the biggest European powers used to live, the Hapsburgs.  The two cities that we visited were Salzburg, birth place of Mozart and Vienna who doesn’t need any more explanation. Now if you want to find one of the best Christmas markets on Europe go to Salzburg, not only is it a little town,  and close to the mountains where you can ski, but the market was absolutely gorges, filled with food stalls and every kind of Christmas decoration you might want for your house. 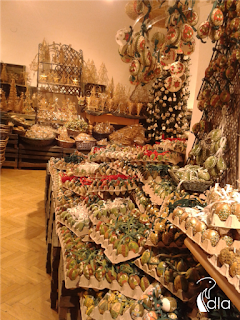 Another of the tourist attractions to Salzburg is that it’s the town where ‘The sound of Music’ was filmed, so you can take the tour that takes you to all of the filming locations and sing “do- re-mi” to your hearts content. 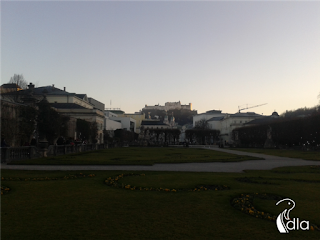 You can also go to the Castle, which was a for trains on the top of the mountain, and not only does it have spectacular views, but the castle is in pristine form, now this is a medieval castle, not renaissance you got in Italy, so don’t expect glamour, but rather a fortress. And before you leave be sure to try the Mozart Ball’s a delightful little chocolate/ almond ball named of course after the famous composer. 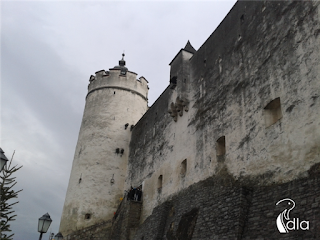 After a quick stop to see the summer palace which we unfortunately didn’t have but an hour to look around and walk in the gardens. 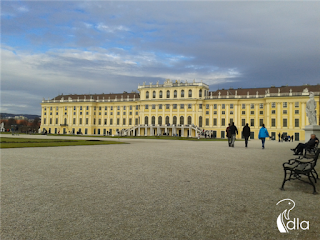 It was off to Vienna, in which we were given a small driving tour of what we could see. However with only half a day there, we didn’t have much time to explore especially because we decided to go to a concert. We did walk through the main street, and got a warm drink by the palace, before going off to the concert hall. There we were given an interesting night , not only did we get a concert but we had a couple of opera singers who sang a few songs, and a ballet couple, who danced to another set of songs. It was quite interesting and we really enjoyed it. 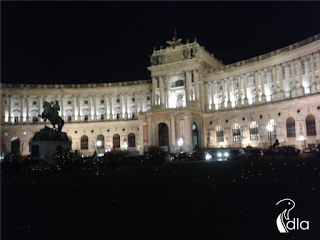 It is one of the cities that I wish we had more time, but then again I apparently said that to every single city we went to.