how many artist were praised by the masters of  High Renaissance?
this is Jacopo Pontormo
http://www.wga.hu/frames-e.html?/bio/p/pontormo/biograph.html
adoptive father of Bronzino, he was employed by the Medici famly. but h was mostly a religious painter. he is said to have studied under Leonardo da Vinci and even praised by Michelangelo. he was one of the strongest Mannerism painters. by making his subjects full of restless movements and disregard for scale and space. numerous painting and drawings have survived and are in galleries in Europe and america. 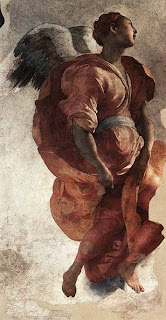 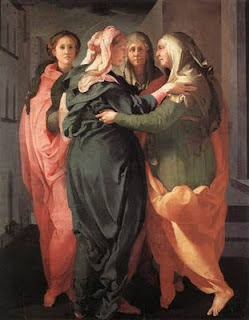 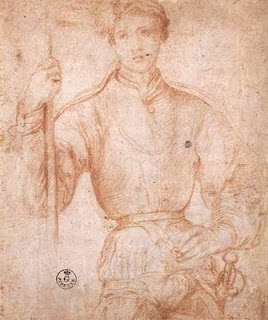