how many artists are forgotten to be re-discovered
this is Pierro della Francesca
http://www.wga.hu/frames-e.html?/html/p/piero/index.html
born in Italy he mostly worked on frescos. and most of his work was in the court of Federico de Montefeltro. not much is know if his work since he has been rediscover on the early 20th century. it is noted that he is mostly remembered as a mathematician. i think he is a clear master of Italian renaissance. the stiffness of pose yet impeccable detail in the buildings he painted. not to mention his ability for perspective. i do hope we get to know more of him in the future. 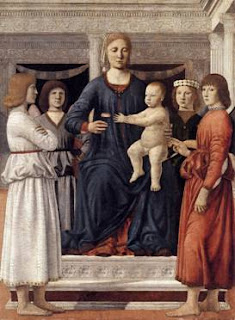 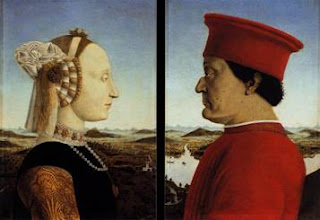